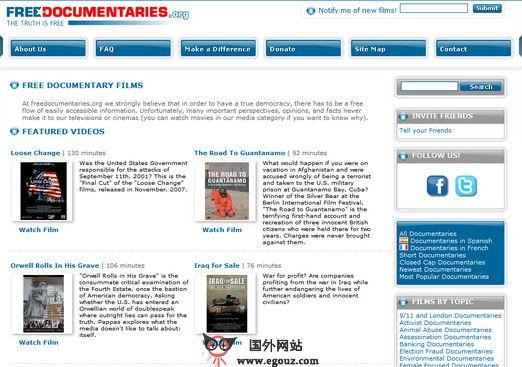 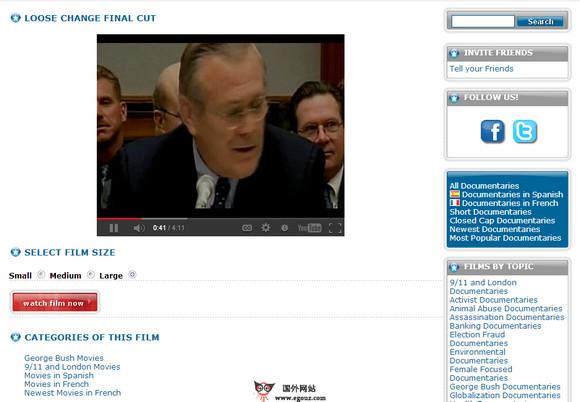 Freedocumentaries.org streams full-length documentary films free of charge, with no registration needed. For several films, we even offer the ability to watch trailers or to download the actual film.

The films are gathered by our researchers as we scour the web for well-produced videos and present them to our viewers. We adhere to all copyright laws and honor the wishes of the producers.

We created Freedocumentaries.org because we wanted to find an easy way to bring thought-provoking, educational, and entertaining documentaries to anyone with a high-speed internet connection. We believe that the mainstream media increasingly practices self-censorship, and that it ignores many opinions and historical events. With the media distorting or ignoring information, it’s often very hard to get an accurate picture of a problem, even while watching the news. Sites like Freedocumentaries.org are a much-needed counterbalance to corporate media: an industry dominated by special interests. Even though every dollar we make via advertising or donations is critical, we do not let any advertisers have any influence over which films we play. We would rather lose that money than lose our independence. And the fact that we won’t shy away from controversial films is one of the things that makes us unique.

While some of the films on our site have widespread distribution, others are created by independent filmmakers who depend on sites like ours to get their information to the public. The amount of work that these producers have put into making a 90-minute film is astounding. Different films create different reactions among different people.

There will be aspects of the films in which you may disagree or agree. After watching you may cry, become inspired, or you may get angry; in any case the films will get you thinking. We are proud that in the last two years, we have helped share these films with countless people that would not have seen the movies otherwise. We believe that we have made the world just a little better by doing so. 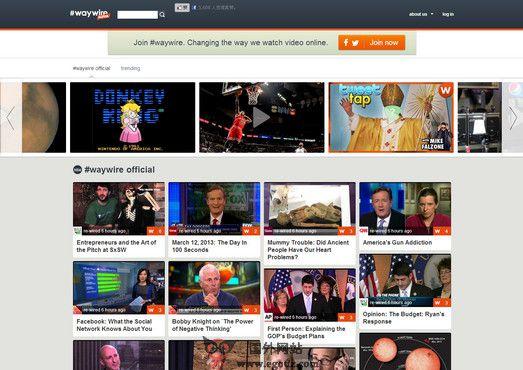 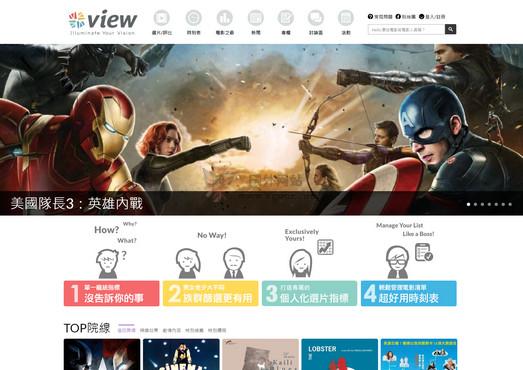 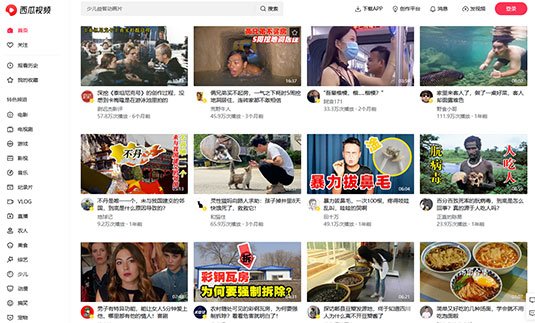