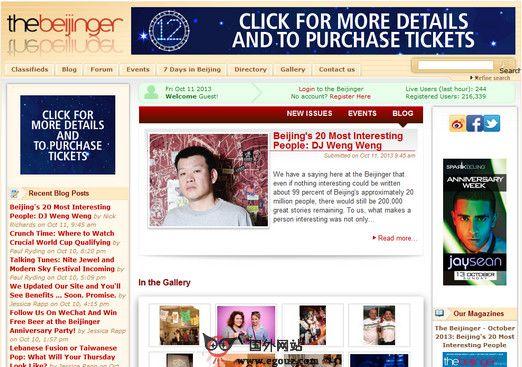 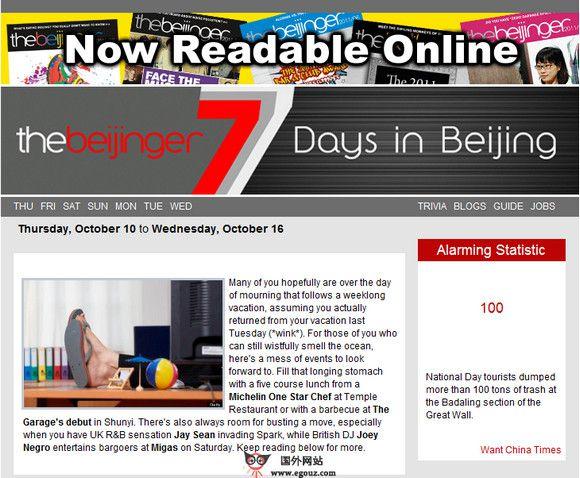 The Beijinger is a free monthly listings and entertainment website and magazine produced by True Run Media in Beijing, China. Formerly called that’s Beijing, it was launched in October 2001 and began as a print magazine under the auspices of Mark Kitto, the then publisher of that’s Shanghai, and a succession of local publishers and government sponsors, including the Yangzhou Cultural Bureau, China Newsweek and China Intercontinental Press (CIP).

In August 2008, China Intercontinental Press made a move to assume the title and complete control of the production and sales operations of that’s beijing. The state owned publisher began publishing its own version of that’s Beijing shortly thereafter. True Run Media was thus compelled to relaunch the magazine as the Beijinger and continued publishing uninterrupted (the website formerly known as “www.thatsbj.com” was renamed “www.thebeijinger.com” a few months prior to this in anticipation of CIP’s inevitable move).

Today True Run Media continues to produce  and the Beijinger under a publishing arrangement with the Yunnan-based title “Ecological Economy.” At the time of writing, the website has over 194,000 registered users and averages over 14,000 unique visits daily. The print magazine has a monthly circulation of over 40,000 copies and is distributed for free at over 800 venues around Beijing. 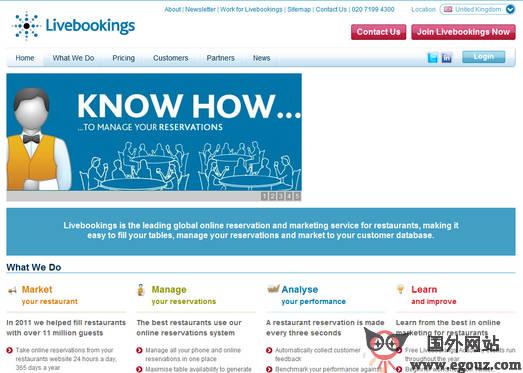 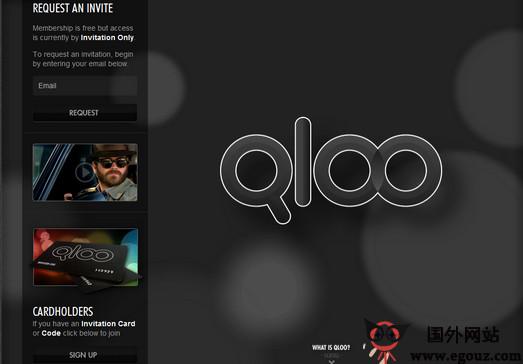 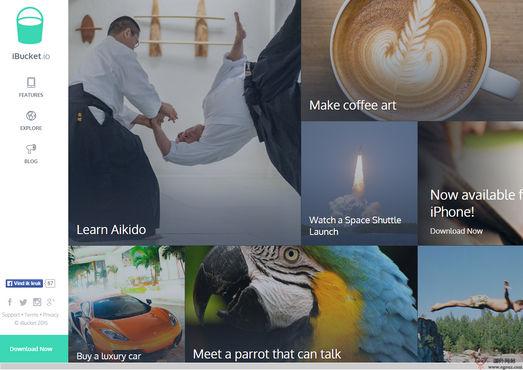