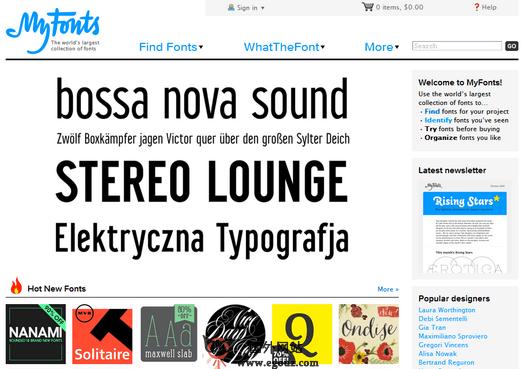 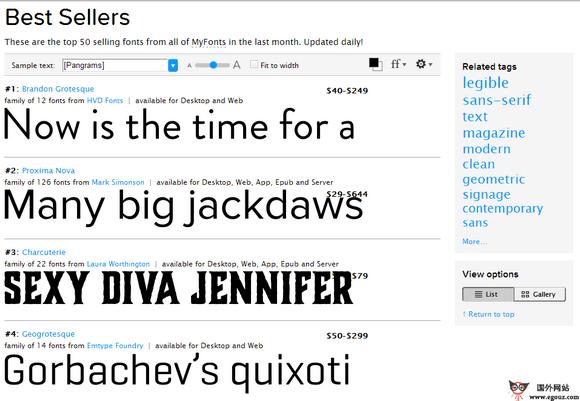 MyFonts is located near Boston, Massachusetts, USA. Our mission is to make it simple for everyone to find and buy fonts. In pursuit of this mission, MyFonts has pioneered new ways to search for fonts when you don’t have an exact font in mind, including:

• More Fonts Like This, to find related fonts using a particular font as a starting point

• WhatTheFont™, for instant automated identification of the font used in a photograph or scan

• User-provided tags, harnessing the power of thousands of users to help each other categorize fonts

The concept of MyFonts was born in 1999 when Charles Ying wanted to find a font for a particular project. He was horrified to discover that the only way to find fonts on the web was to know the name of the font you were looking for, or browse a flat alphabetical list.

“Why can’t I just search for wedding fonts?” he asked. “This should be as easy as shopping for shoes! I should be able to point at a font in a magazine and say, ‘Show me fonts like this.’”

Charles reasoned that making it hard to find and buy fonts for the average computer user meant turning away 99.9% of the potential market for fonts. On the other side of the coin, he called for an open marketplace, where fonts from many vendors could compete side-by-side, instead of the more typical single-company walled gardens of the 1980s and ’90s.

Charles personally hired the initial team — most of whom still work for the company today — and commissioned a site design from (now defunct) Calgary-based Fusion Media Group. A year later, MyFonts flipped the e-commerce switch and began selling the Bitstream library on March 20, 2000 through the MyFonts.com website. Now, after over thirteen years, we are proud to offer 111,000 fonts from more than 1200 foundries. 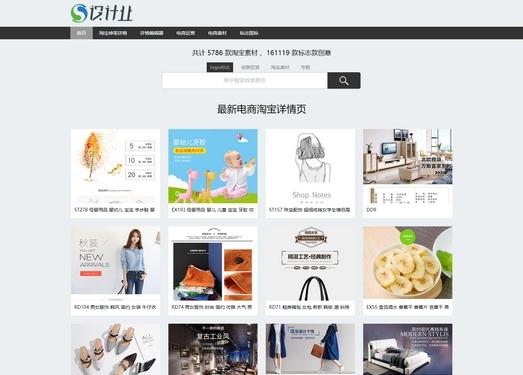 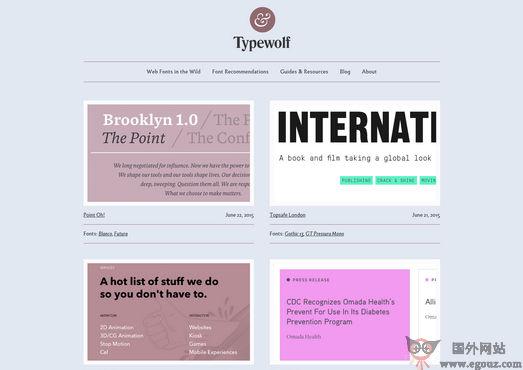 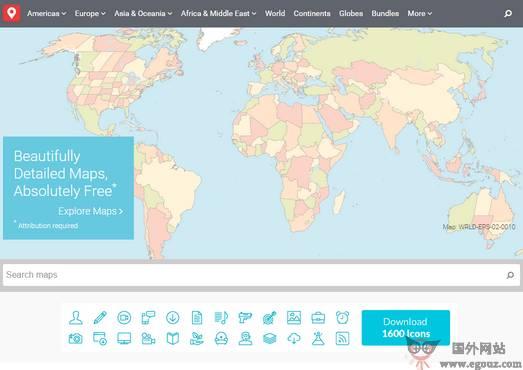